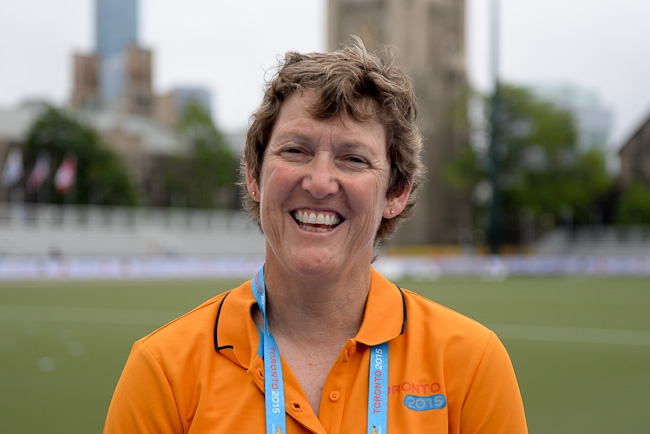 On May 29 the Greater Victoria Sports Hall of Fame announced it’s 2016 class of inductees who will be honoured at a gala on October 29 at the Westin Bear Mountain. Among the nine inductees is field hockey’s Nancy Mollenhauer, a long-time Vancouver Island Ladies Field Hockey Association player and former University of Victoria Vike and Canadian national team player.

A member of the Canadian Women’s National Field Hockey dynasty team of the eighties, Nancy Mollenhauer was an integral part Canada’s ongoing international success. She competed in two Olympic Games (1984 and 1988), two World Cups (1983 and 1986), and at the 1987 Pan-American Games at which she was named Canada’s flag bearer. Nancy won a silver and bronze medal at the 1983 and 1986 World Cups respectively.

For those interested in attending the event: a table of 10 is $1,000 and individual tickets are $110. with a $50. tax receipt issued. Tickets can be purchased on line at www.gvshof.ca. Click on “Events”, then click on “Induction Dinner” to register and pay online.