TeamPages is happy to announce that the first app was just approved and is now available for download.

You can get it here: https://itunes.apple.com/us/app/teampages/id670 … or find it by searching “teampages” in the app store.

A few things to note:

There are still a couple bugs that we’ll be fixing before making a more formal announcement, specifically in replying to messages and viewing maps.

Please keep in mind that this is version 1.0 which means the app is still very much in its infancy. TeamPages is hoping to roll out a bunch of new features prior to the fall season and your feedback will go along way in shaping what we develop next for our mobile apps.

Sorry Android users, just for iPhone right now. The Android app is in the works and we’re hoping to have it ready to go for September.

Get your teams to download it and keep on track of their season schedules and use it to message each other! 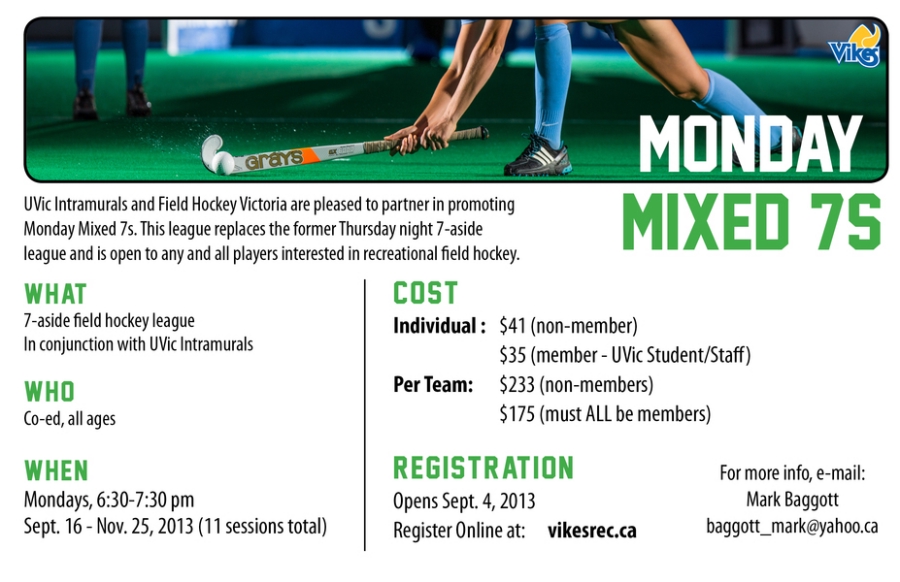 VICTORIA – Traditionally, Victoria’s 7-aside mixed league has taken place on Thursday nights but this year, the league is proud to partner wit UVic Intramurals to present the same league with improved benefits. The co-ed league is set for Mondays from 6:30-7:30pm starting in the second week of September. Teams originally playing on Thursday can still register as a group or players can register individually and get put on a team.

The Monday 7-aside league is co-ed and for all ages. Vikes Intramurals Championship t-shirts will be awarded to the Fall Champions.

COST AS A TEAM: $233 (non-members) and $175 (must ALL be members)
**must have a designate captain that registers everyone // no limit to # people per team

CAPTAINS MEETING: All team captains and people registered as individuals need to be at the meeting on Sept. 12th (8pm, at McKinnon) to get all their necessary information

You must provide your own stick, shoes, shin guards and mouth guards.

The meeting agenda is attached below.

The Pacific Sport offices are on the lower left of side of the building, on the lower level. There is limited parking in front of the office, please park in the general parking area out front.

VILFHA is pleased to announce the return of our pre-season tournament, the Bunyan!

After years of being absent from the VILFHA calendar, the Bunyan will return on Saturday, August 31st. The event will be 7-aside and recreational in nature and attitude!

The schedule for the event is attached. See you on the 31st! 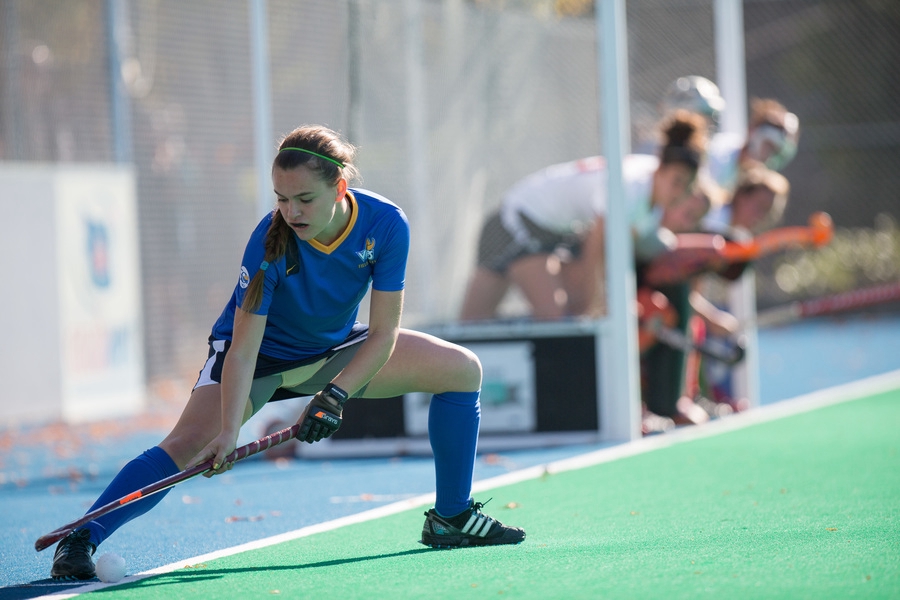 VICTORIA – The Vancouver Island Ladies Field Hockey Association will kick off early this fall with the Bunyan Tournament on Aug. 30. The Bunyan Tournament is being resurrected after many years of dormancy. The all-day 7-aside tournament will take place at UVic and will be the first opportunity for the women’s league teams to get a touch on the ball before the fall season.

In addition to the regular season for the women and men, several elite teams will be competing at the UVic artificial water based turf. This fall, the University of Victoria Vikes will play host to the 2013 Canadian Interuniveristy Sport (CIS) women’s field hockey national championship, Oct. 31 – Nov. 3. All women’s and men’s league play will be suspended for that weekend as four of the country’s top University teams will travel to the island to battle for the McCrae Cup. The Vikes will also host Canada West rivals UBC (Sept. 28/29) and Calgary (Oct. 12/13) for their regular season home games.

In the fall, several high school teams will battle through a short season vying for seeds to the AA and AAA BC Provincial Championships. The annual Ferreira Cup will be hosted in Duncan on Sept. 28-29, while the prestigious Bridgman Cup will be hosted at UVic Oct. 12-13.

The island will also host a variety of Vancouver Premier League games as both the UVic Vikes men and women are members of the league and the Victoria Selects (men) and Kirby’s Island Wildcats (women) contribute to the elite Vancouver league.

The tightly-packed fall schedule will be followed closely by the BC Senior, BC Junior and UVic Indoor tournaments, typically all hosted on the island.

For more information, questions about playing or joining a team please e-mail VILFHA@gmail.com

All schedules, information and contacts will be posted at www.vilfha.ca