The VILFHA season wrap-up social that was booked for this upcoming Sunday, April 29th, has been cancelled due to low numbers. Sorry for any inconvenience to those that did confirm. I would really appreciate feedback as to why this didn’t attract more of a response, as I’m continuing on as social director next season. Please message me directly with any suggestions/comments, which will be kept confidential, as to how to improve our VILFHA ‘social’ life. Have a great summer and see you on the turf!

Reminder that the VILFHA season wrap-up social is coming up! April 29th, 1-3pm at the VIP Room at Langford Lanes 1097 Langford Parkway. $25 per head, includes bowling and shoes.

Email Arlene Baker at arlene.baker@telus.net to confirm your spot.

Numbers are needed to be confirmed by this Saturday, April 21st.

Look forward to seeing you there!

In continuation of the Winter Drop-in league, the time slots on thursday nights are still available and will continue to run an open drop-in co-ed game night. 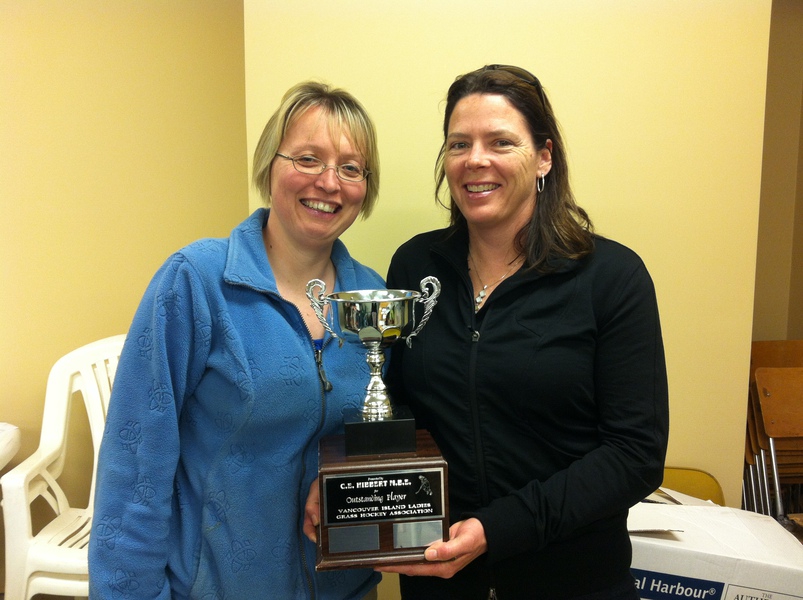 VICTORIA, B.C. – At the annual Vancouver Island Ladies Field Hockey general meeting, on Apr. 16, the major award winners, division winners, playoff winners and all-star teams were announced. First division defender and member of the Rebels Patriots team, Heather Wheatley, was named the most outstanding player of the season. From the Cowichan Cardinals, Under-17 national team member Claire Seeliger was named the top junior player. First division captains and executive members Rebecca Courtemarche, of the Patriots and Ali Lee, of the Mariners, were named the Christine Trophy winners for all-around sportsmanship, ability and service to the league.

A reminder that this season’s Spring AGM will be held at Hyacinth Park, April 16th at 7:00pm. Agenda is below.

1. Then minutes of the most recent General Meeting of the Association (Spring 2011 and Fall 2011)
2. The reports of the Executive
3. The financial statements
4. Announcement of Honourary members
5. Announcement of Awards
6.Discussion of membership fees for the ensuing year
7. Discussion of the format of the following season’s schedule
8. Proposed amendments, if any, to the Constitution, Bylaws, and Rules and Regulations
9. Election of the Executive

ALL MAJOR AWARD WINNERS should have been contacted by e-mail. We would like to encourage you to attend the AGM to receive your award!