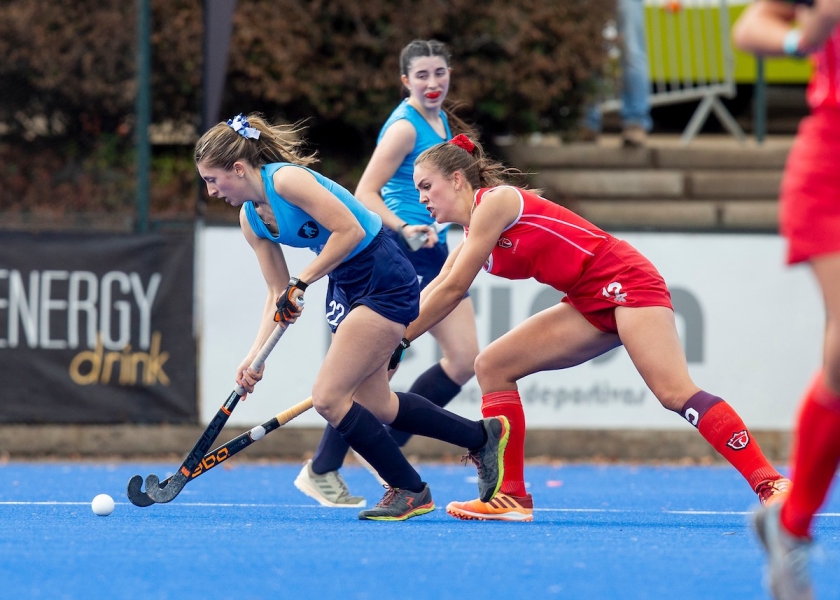 Four Vancouver Island based athletes, all who grew up as members of VILFHA, are currently representing Canada at the Junior Pan American Championships in Santiago, Chile. Duncan’s Sara Goodman (UBC Thunderbirds, Cowichan FHC), as well as Victoria’s Anna Mollenhauer (UVic Vikes, Lynx), Stefanie Sajko (UVic Vikes, Lynx) and Nora Struchtrup (UVic Vikes, Sailors FHC) are helping Canada punch their ticket to the 2022 Junior World Cup. The Canadian women opened game one, Aug. 21, with a 0-0 tie against Uruguay. It will come down to both teams’ result against Argentina to see who comes out of pool play.

Team Canada’s roster is peppered with experienced junior national team names such as UBC Thunderbirds, Sara Goodman, Thora Rae, Jordyn Faiczak and UVic Vike, Anna Mollenhauer, all of whom have senior international caps under their belt. They will look to bring that leadership and experience to this event, where even a few well-timed performances can vault the team into the World Cup. UBC TBird Ishaval Sekhon and Lucy Wheeler of West Van will be sharing duties in the Canadian net.

There is a strong NCAA contingent on this Canadian team as well. Madison Workman of Miami, Julia Ross from Maine, Dani Husar of Virgina, Bronwyn Bird from Dartmouth and Jenna Berger of UMass Lowell will all look to bring their college experience into the fold in Chile. Both the Canadian and American University system have a history of shepherding players from the junior level into the senior national team, and both are on full display this week.

Patrick Tshutshani took over the role as Nextgen Director and Junior Head Coach in 2019. Since then, he’s been working with this next generation cohort. They have been to camps and tournaments and played with and against each other for several years. This type of established chemistry will be a benefit as the tournament progresses. Tshutshani is joined on the bench by assistant coach and long-time FHBC coach, Jenn Beagan.

Victoria’s Nancy Mollenhauer is also on the ground as the team’s manager.