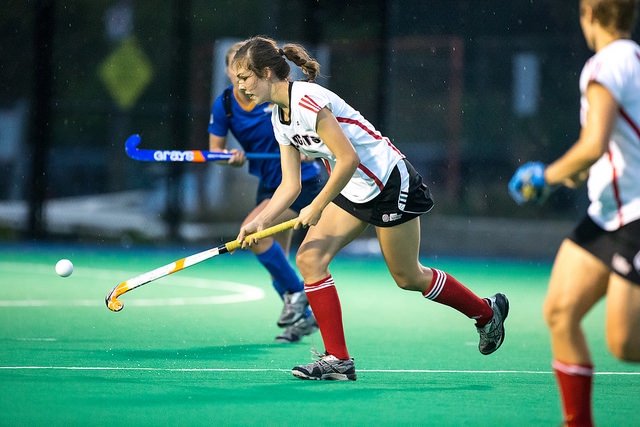 Several members of Field Hockey Victoria were honoured at the Annual Field Hockey BC Awards ceremony this November. Former UVic Vike Danielle Hennig was named the Senior Female Player of the Year, while Claremont graduate and Lynx member Kristina Walters-Shumka was named Under 18 Female Athlete of the Year. Cowichan Secondary and Flickers team member Sara Goodman was named Under 15 Female Player of the Year, while several other members of the community were honoured including Gail Williams with the Barbara Schrodt Award, Harbir Sidhu, as a member of the 2014 Youth Olympics Silver medallist team, and Cowichan contributors Heather Goodman and Anne Smith.

For a full list of Award winners visit:
http://fieldhockeybc.com/Home/FHBCAwards/FHBCAnnualAwards/AnnualAwards2010/tabid/545/Default.aspx

Kristina Walters-Shumka, U18 Female Player of the Year
Kristina’s Team BC Coach writes, “Kristina was our unsung hero. She showed the ability to play as part of a team, and as an individual to be able to influence the game. She showed her professionalism to work hard at each and every practice, even after the long ferry rides from the Island. She led by example and was extremely coachable. In the National Championship final, Kristina controlled the backfield as wave after wave of the opposition attacked while making critical interceptions and tackles. Kristina was a credit to her team and fully deserves this recognition as U-18 Female Player of the year.”

It is Field Hockey BC’s pleasure to announce Kristina as this year’s U-18 Female Player of the Year.
This Award was presented along with a $300 clothing voucher from Kukri Sports Canada.

Sara Goodman, U15 Female Player of the Year
Sara was a leader for the Under 15 BC Blue team that captured Silver medal at this year’s U16 National Championship. Her Team BC Coach writes, ‘Sara is a young athlete who leads by example, has a competitive drive, excellent work rate, and a team first mentality. This helped bring the team together both on and off the field. She continually asks for feedback and understands there is always more work to be done. Sara fully deserves this recognition as Under 15 Female Player of the Year’.
It is Field Hockey BC’s pleasure to announce Sara as this year’s U-15 Female Player of the year.
This Award was presented along with a $300 clothing voucher from Kukri Sports Canada.

Over the last 6 years, Gail has been technical advisor, judge, officer and director for a multitude of local, regional, provincial, and national events across BC. Technical officiating across the World is still very much a voluntary occupation and Field Hockey BC is extremely fortunate to have a number of dedicated and extremely knowledgeable technical officials. Gail is one of a team of individuals committed to giving of their time to create a first-class environment for athletes and their coaches to play and compete. It is fitting that Gail follows other technical officials that have been honored to receive this award.

Field Hockey BC is proud to recognise the commitment Gail has given and continues to give athletes and coaches in the competitive arena.

Heather Goodman, Volunteer Recognition Award
Heather is one of the busiest people we know with an incredible ability to manage multiple Field Hockey BC programs at the same time on the Island. Heather was involved with both Regional and Provincial Programs as a manager last season and has daughters in the Learn to Train, Train to Train and Train to Compete stages!

Heather is a crucial resource for Field Hockey BC as she answers numerous questions from families, sorts out logistics, sends out clear communication, takes beautiful action shots and makes time for the small things that make a big difference. Heather is a perennial champion, we are so lucky to have the opportunity to work with her and we hope in some small way this award shows our gratitude for everything she does.

Anne Smith, Volunteer Recognition Award
Anne has been an active player and junior coach with Cowichan Field Hockey for many years. Anne was our indoor junior coordinator and has been the clubs secretary and registrar for over 5 years – which is a huge undertaking! If we need a volunteer, Anne is there. She has helped on countless committees and at junior, ladies, and indoor tournaments. I can’t begin to add up all of the volunteer hours she has given to the club. Accepting the award on behalf of Anne is Heather Goodman. 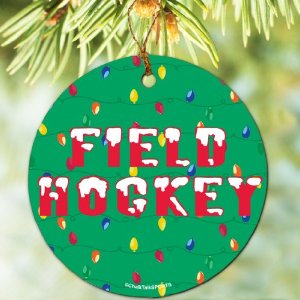 Please note that we will be donating canned goods to the Mustard Seed again this year so it would be greatly appreciated if you could bring non-perishable food items.

Also, each team/club has been assigned a responsibility for the meeting:

Looking forward to seeing everyone! 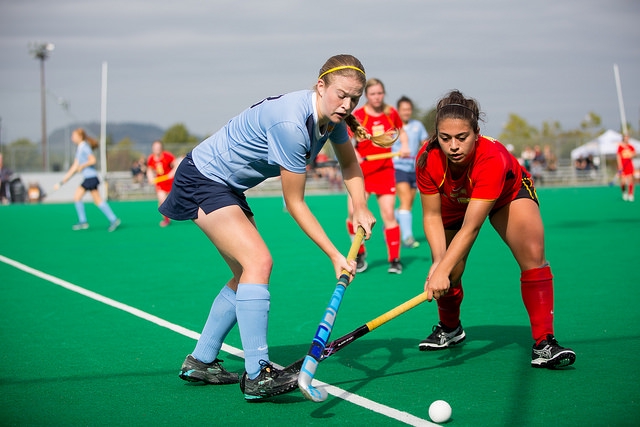 VICTORIA – The annual Bridgman Cup girl’s high school tournament is currently being held at the University of Victoria over Thanksgiving weekend, Oct. 10-12. Every year the tournament breaks to encourage the high school teams to watch the UVic Vikes in their Canada West match up. Prior to Saturday’s game Carrie Trumpy, Chair of the Bridgman Cup committee, made a special presentation.

Since 2002, it has been tradition at the Bridgman Cup for the annual Stephanie Johnston (Doney) Memorial Scholarship to be awarded. This year the Bridgman Cup committee was very pleased to announce Victoria’s Mount Douglas Secondary graduate Lindsay Cole as the 2014 winner. Cole becomes only the second winner from Mount Doug, after Laura Fairburn won in 2006.

Lindsay is an exceptional student and gifted athlete in multiple disciplines. Academically, Lindsay was an Honour Roll student from 2010-2013 with a 5.0 GPA in each of those years. She was a multiple scholarship winner and placed in the top 25% for the annual national mathematics for three years. Athletically, Lindsay has been named Mount Doug’s most valuable player in basketball and track and field and was Female Athlete of the Year for three years (2010-2013). Lindsay excelled in badminton, basketball, ice hockey, soccer and pole vault, but has selected field hockey as her primary sport to pursue.

In field hockey, Lindsay has competed on the BC Under 18 team that won gold at the 2014 National Championship and was awarded the most outstanding Under 18 player in the Vancouver Island Ladies League for 2014. In addition, Lindsay was identified as a target athlete for the Canadian junior national field hockey program and the midfielder has attended multiple training camps to date.

Lindsay has won multiple accolades athletically and academically. She was honoured by CTV’s “Amazing Kid” segment and has aspirations to pursue a career in medicine. Lindsay is now a first-year student at the University of Victoria in science and is one of the standout rookies on the UVic Vikes women’s field hockey team. Lindsay has stepped on to the Vikes as one of the lead goal scorers and has shown her versatility in playing both midfield and forward.

In her limited spare time between training and studies, Lindsay has also volunteered her time as a coach and umpire in the Victoria Junior Field Hockey Association and has been a part of Mount Douglas Park Creek Restoration’s project team.

ABOUT STEPHANIE JOHNSTON (DONEY)
Stephanie was a graduate of Esquimalt High School where she excelled at Track and Field and Field Hockey. She went on to complete her teaching degree at the University of Victoria where she was a valuable member of the Vikes Field Hockey Team. During Stephanie’s teaching career she was the coach of several school teams taking them to the provincial championship level. Stephanie was an active member in the Victoria Women’s Field Hockey Association right up until she was diagnosed with leukaemia.

As an athlete she excelled in all sports, and could turn her hand to anything. She was competitive, hardworking and inspirational, showing sportsmanship at all times.

As a person she was loving, genuine, and generous, beautiful inside and out. As a mother of three small children she was devoted, as a friend unforgettable. She died in March 1991 at the age of 39, but her amazing qualities as a person and athlete live on in the memories of her family, friends and students and are valued by the recipients of the Stephanie Johnston (Doney) Memorial Scholarship.

Each year the Stephanie Johnston (Doney) Memorial Scholarship is awarded at the Bridgman Cup. Previous winners include:

THE HOTTEST JUNIOR INDOOR FIELD HOCKEY DEVELOPMENT PROGRAM IN BC!

SUPPLEMENT THE FALL SCHOOL SEASON WITH A FOCUS ON TECHNICAL SKILLS AND MORE TOUCHES ON THE BALL!

Only 1 session per week, so the commitment is minimal but the impact on your game is huge! Our goal is to accelerate both technical and tactical proficiency in field hockey, which directly carries over to the outdoor game. Unlike the outdoor version of the game, indoor rules do not allow the ball to be lifted off the ground, or traditional hitting or slapping of the ball. Instead, players must rely on their technical precision, speed and aerobic strength. At the IPC, we promise an exciting, memorable field hockey experience that junior players of all ages and abilities will enjoy.

Need help or more information? Please call us on 604.800.9093 or email us at: malto:info@ipcfieldhockey.com

Please help us grow the IPC, by sharing this information with other parents, players, and coaches. The more registrations, the higher the quality of play becomes, and everyone benefits! Thank you so much for your support! 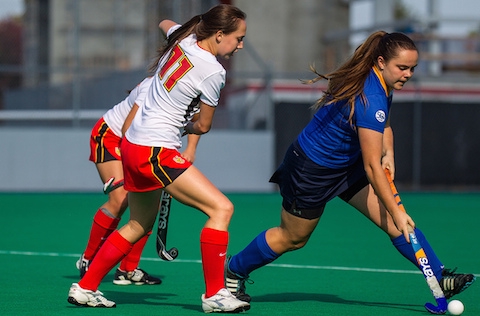 Vancouver Island is home to three premier level field hockey teams including the University of Victoria Vikes men and women, as well as the Kirby’s Island Wildcats women. All three teams host games throughout the year at the University of Victoria water-based turf. Admission to the UVIC women’s games can be found at govikesgo.com/tickets while the Vikes men and Island Wildcats women’s games are free.

Premier action kicks off this weekend, Sept. 20, with a double header! The Wildcats host the Jokers at 12:30 p.m. followed by the Vikes men hosting Burnaby! Get your fill of the island’s best hockey!

For more information on the Vikes visit govikesgo.com and for the Kirby’s Island Wildcats visit facebook.com/islandwildcats