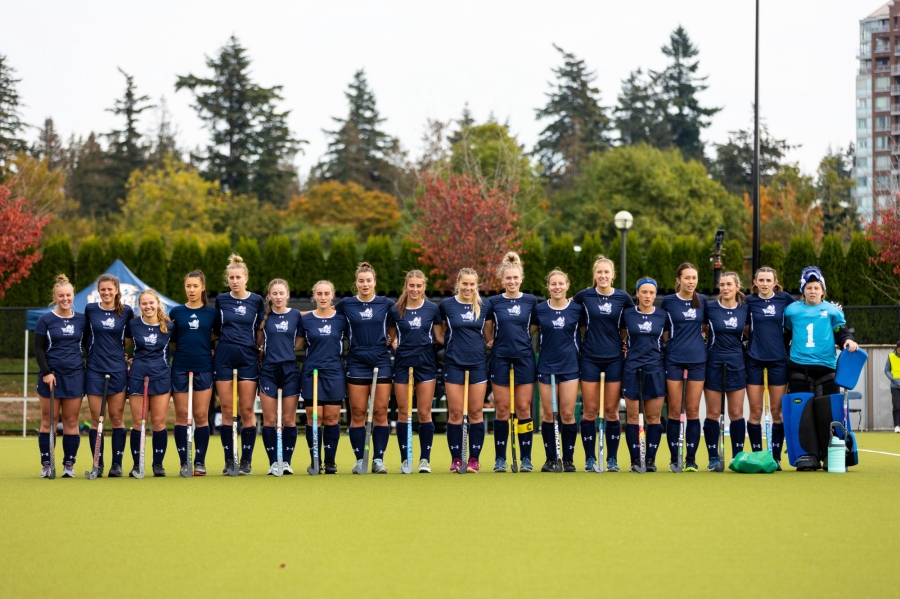 Tickets are available at http://govikesgo.com/tickets and the games will be streamed live on CBC Gem or the CBC Sports App and website.

NEWS & NOTES
- The Vikes enter the tournament as the defending U SPORTS national champions, having won the last three national titles.
- UVic is also coming off their fourth-straight Canada West banner, besting UBC 5-1 and 4-0 in the final weekend series, Oct. 22-23, to finish the conference season with a 7-0-1 record.
- Victoria will face OUA champions York in the best-of-three series. The Lions hold a 7-2-1 conference record and 9-2-1 overall record this season.
-The Vikes and Lions last matched up at the U SPORTS championships Nov. 2-3, 2018. Victoria claimed their first McCrae Cup since 2008 with 2-1 and 3-1 wins in Toronto.
- Anna Mollenhauer earned Canada West Player of the Year honours for the second-straight season after scoring eight goals for the Vikes and doubling her 2021 season goal total (4). Mollenhauer was also named U SPORTS Player of the Year and becomes the first player to ever win the prestigious Liz Hoffman award three times.
- Chloe Langkammer and Nora Struchtrup lead the Vikes and all players in Canada West with nine goals on the year and were both recognized as Canada West All-Stars and U SPORTS All-Canadians
- Daya Shields and the Vikes’ defence have posted five shutouts in eight games this season.
- Maeve Connorton, Libby Hogg, Langkammer and Struchtrup garnered Canada West All-Star status this season, while head coach Lynne Beecroft was named the Canada West and U SPORTS coach of the year.