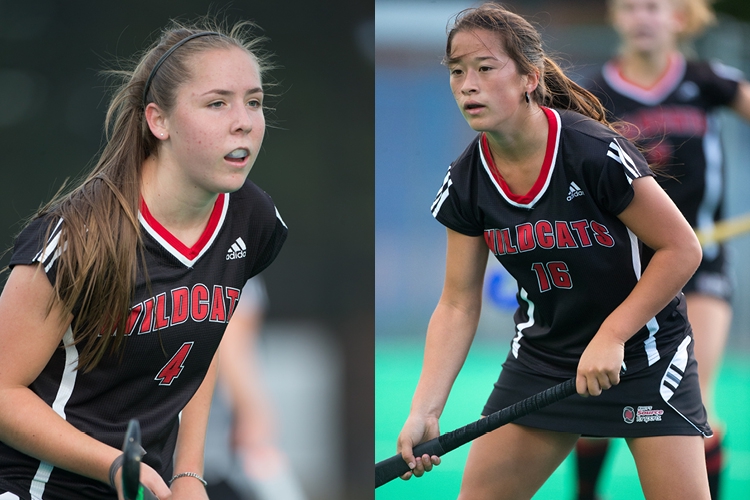 VICTORIA – On April 13 the Vancouver Island Ladies Field Hockey Association honoured several of its members for annual awards and all-star nods. Mount Douglas Secondary graduate Alexis De Armond, of Lynx 1, and Cowichan High graduate Sara Lowes, of the Flickers, were named the league’s most outstanding Under 18 players. Mariners midfielder Ali Lee was awarded the Hibbert Trophy for the second-straight season as the league’s Most Valuable Player, while the former Vike also picked up the Division 1 MVP nod.

Long-time Rebels Field Hockey Club president Sharon White was awarded the prestigious Christine Trophy for ability, sportsmanship and service to the league, coinciding with her recent announcement of retirement from club duties. Sunny Jun was awarded the Foley Shield for most improved umpire after her success officiating in both the women’s and men’s league this season.

Long-time VILFHA executive member Liz Munn was awarded VILFHA Honorary Member status for her commitment, service and dedication over the years. Olympic team mates Nancy Mollenhauer and Shelley Andrews, both still current VILFHA members, were also acknowledged for their upcoming Hall of Fame Inductions. Andrews will be inducted into the BC Sports Hall of Fame in May 2015, while Mollenhauer is part of Field Hockey Canada’s inaugural induction class, with the induction celebration set for July 2015 concurrently with the Pan American Games.

The league also congratulates the league and playoff team winners including the Mariners, Sailors and Ravens for league titles and Lynx 1, Sailors and Kestrels for the playoff titles.